Why is responsible ownership and horse welfare important to Europe?

Europe’s equine sector generates more than €100 billion each year and supports almost a million jobs, making it the 2nd largest rural employer in some EU countries. Horses, being uniquely versatile, can move between different roles throughout their lives: from elite athlete to therapy animal, to draught or tourist animal to a source of food. The welfare of many of Europe’s horses is at an excellent level and for others it’s in need of improvement.1 The most commonly perceived problems are with the environments and ways in which equidae are kept.

The problems exist across all Member States. The keeping of equidae in unsuitable environments, ignorance of owners and concerns about neglect have been raised across Europe regarding equidae in any number of roles (sport, hobby, work, meat). Problems include:

EHN has co-organised with FEEVA, World Horse Welfare, UECBV and the help of MEPs Julie Girling and Jean Arthuis a Conference in the European Parliament on 16 October 2018 on Responsible care throughout the life of equines

The aim was to show the practical side of the welfare of equines and the high level of responsibility that owners have developed but also the irresponsible act (not always conscious) of some of them.

The Charter provides a common basis for recommendations and best practices to promote a minimum level of behaviour that everyone should respect.

The Charter is clear, practical and useful, understandable by all. It has the advantage in addition to being mobile since an app allows to download it on phones and tablets. This tool is resolutely modern and can evolve in time. This Charter, moreover available in English, must be widely disseminated to equivalent professional structures in other European countries. 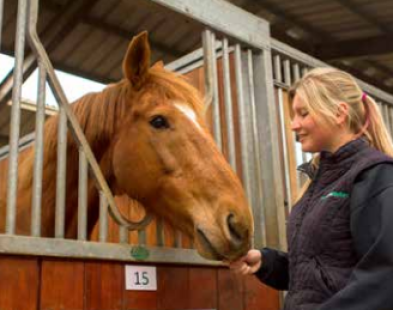